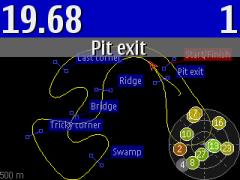 The main feature is of course the Live Timer, which shows your lap- and sector-times in real-time. Also included are a scalable graphical display of traveled path, satellite reception display, speedometer and a compass. When you're back at the pits, you can also browse through your lap and sector times, or view your trap speeds. Or maybe analyze your laps by graphs of time, speed and altitude compared to any another lap.

All lap timing sessions are logged, and the results can be viewed afterwards. The raw NMEA-output from the GPS is also saved, so you can use that in other compatible software if you wish.

And yes, there's always the question of accuracy when it comes to timing anything. After extensive testing, we feel really confident on RaceChrono's accuracy. Our tests together with commercial lap timers have showed an accuracy of between +- 0.03-0.10 seconds with a cheap 5 Hz receiver. Switching to an ordinary 1 Hz SirfStar3 receiver RaceChrono was still very accurate - on the level of +- 0.10-0.15 seconds. Keep in mind however that accuracy is fully dependent on the quality of your GPS receiver and signal reception.

Note that if the signal from the satellites is too weak, your lap times can be inaccurate and in worst case you can even miss some laps. So take care to position your receiver properly on your dash close to the windshield, or maybe even outside the car! Use the satellite reception display to help you find the best location in your car.

You can download tracks from the RaceChrono software itself; by selecting Track profiles > Options > Download new. Just copy the downloaded file to /RaceChrono/Tracks/ on your memory card. 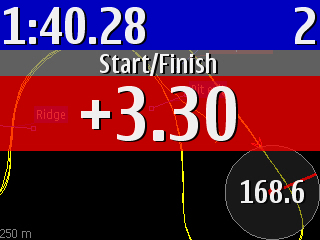 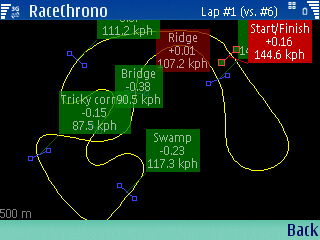 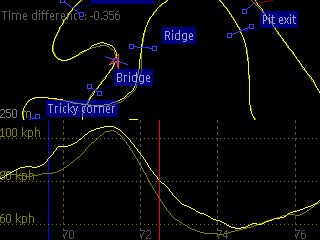 · Expiration date removed, now you can use it forever for free.
· Landscape mode fixed on Nokia N8/E7
· GPS refresh rate set to 5 Hz automatically on MTK based chipsets (if not already 10 Hz). 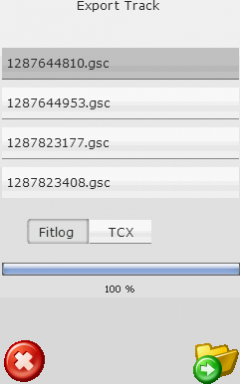 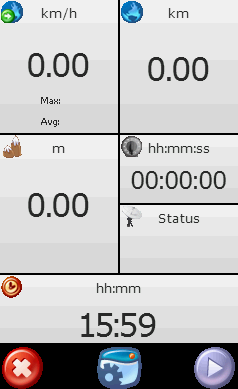 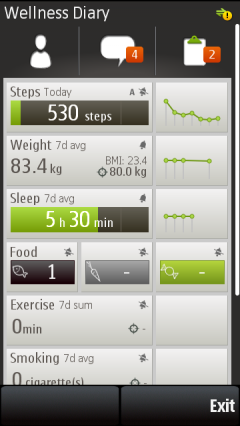 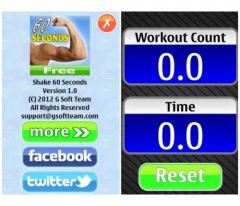