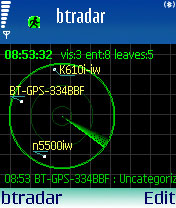 btradar Script for mShell shows visible Bluetooth devices in your surrounding. The blib - representing a device - appears on the current beam position when the device becomes visible. New devices will be placed in the outer area of the radar screen, as long as they stay visible the blib moves toward the center. The script shows an important technique about how to deal with potential blocking calls (bt.scan()) in loops for ongoing screen updates or to be responsive for key presses, etc. The solution is to put blocking calls in a separate script and to communicate with it by means of pipes, see module proc. 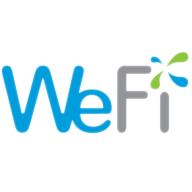 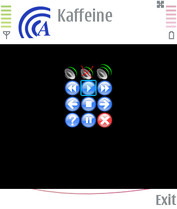 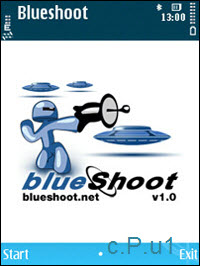 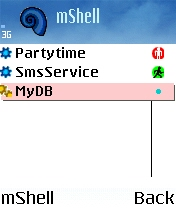