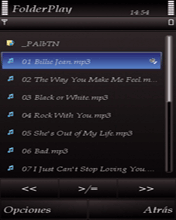 Red button - send to background.
Green button - pause/resume (on touch devices use the toolbar instead).
Volume buttons control the amlifier after volume is maxed out.

If playback stops unexpectedly (due to heavy load on some devices), press pause/resume twice.

· Decodes all useful open-source audio formats and those, that can be ripped from CD or DVD.
· Gapless playback, provided the same audio parameters of consecutive clips.
· Recursively plays back folders, not playlists. Supports CUE sheets.
· Random rewinding, even of those formats that have no time info.
· Simplicity of the interface and small size of the app., light on battery.
· Achieves the best audio quality possible on Symbian phones, has software amplifier.

What's New in This Release:
· Added software amplifier. Kicks in after volume has been increased above its maximum. May be incremented 10 times with 2dB steps. Don't abuse - signal may easily go out of range. Effective within half a second. Works with software codecs - all except MP3 and AAC.
· Better CUE handling - upon entering the playing sheet, shows the closest track entry.
· Fixed some bugs with similar file/folder names. 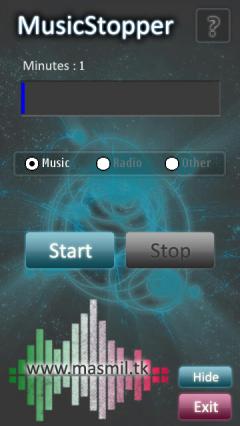